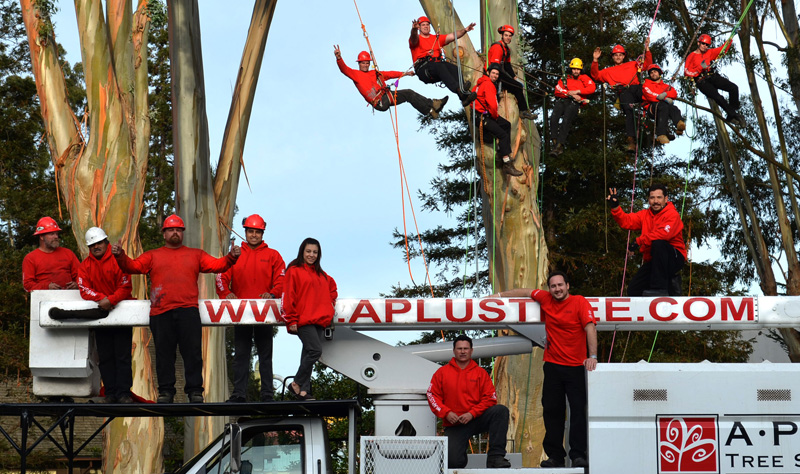 Every month, the A Plus Tree crew gets together for some good BBQ, introductions of new members, safety reminders and to learn new rope techniques. This month they learned about a Single Rope Technique (SRT).

This technique allows the climber to ascend at a much more rapid pace than footlocking or body thrusting, while saving TONS of energy. To demonstrate its swiftness, we had a climber start with the conventional body thrust technique; When he was more than half way up, another climber would begin his climb using the new SRT technique. In less than 10 seconds, the climber on the SRT was launched all the way to the top, surpassing the body thruster with ease.

After the demo, each crew member had to assemble the SRT and test it out. As always, we saw another opportunity for great photos. We weren’t the only ones though…a journalist from a local Vallejo paper happened to be walking by and was more than excited to document such a great story. We were on the front page the next day 🙂