LEADING THE INDUSTRY IN BIOCHAR FOR SUSTAINABILITY IN TREE CARE

We are the first tree care company in the United States to covert our own wood-chips into biochar on a large scale. We’ve partnered with experts in biochar technology to bring the first Pyrolysis machine of it’s kind to the Bay Area. As part of our vision towards zero-waste, creating a solution around the thousands of tons of wood chips we produce in our tree care operations was a significant component. We also envision this as a solution not just for our company, but for all local tree companies around us. We are piloting our model in one of our largest regions and have plans to expand into our other areas. 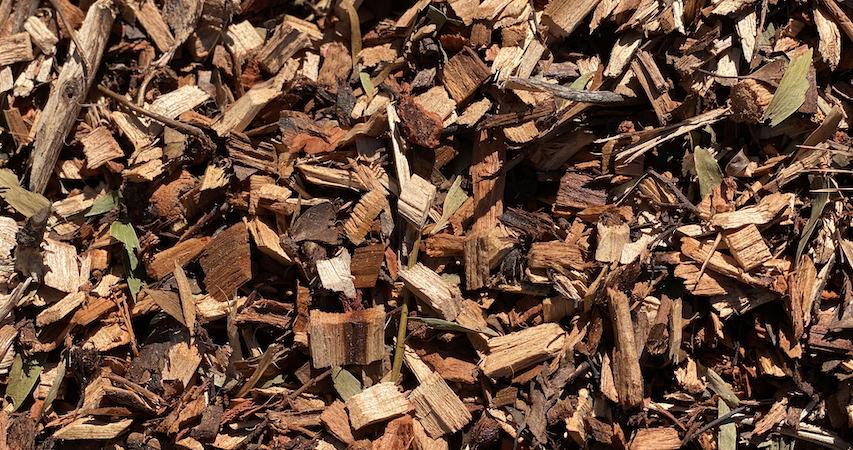 Part of our zero-waste initiative is to re-use our wood waste in valuable ways through pyrolysis and milling to sequester Carbon normally released into the atmosphere. These are our objectives by the end of 2023.

WHY DOES BIOCHAR MATTER?

Biochar Technology is on the forefront of showing promise in 4 major areas: Mitigating climate change, improving soil quality, reducing waste, and producing energy as a byproduct. At A Plus Tree, we are committed and passionate about being part of the solution and not the problem.

Because biochar has the ability to capture some of the carbon from the active cycle and return it to the inactive cycle, biochar has the potential to reduce atmospheric CO2 levels. As described in the carbon cycle, carbon is always on the move. Living organisms exchange CO2 regularly with the atmosphere. Forest fires and volcanic eruptions belch CO2into the air. But trees, plants, algae, the oceans, soils and fossil fuels are all carbon sinks or sponges. This natural carbon sequestration has been happening for billions of years. Increasing the rate of natural sequestration and reducing emissions of greenhouse gases remains critical. Biochar technology can do both. 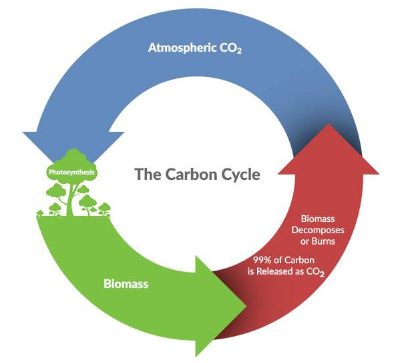 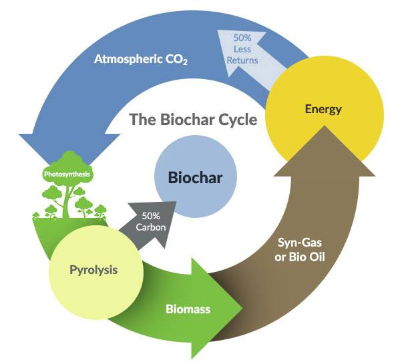 Biochar is a granular carbon substance that’s made by burning organic material (such as wood chips) charcoal in a controlled process called pyrolysis. In tree care, biochar is used as a soil amendment and is rich in carbon and a very stable solid which can live in soil for hundreds of decades, if not more. Pyrolysis is the heating of biomass at extremely high temperatures in the absence of oxygen. Since there is no oxygen, the material does not combust and instead can be condensed into 3 byproducts: A solid (the biochar), a liquid (bio-oil) and a gas (syngas).

Biochar is highly porous, lightweight and has a large surface area. At the microscopic level it has a honeycomb-like structure which contributes to a phenomenon called adsorption. Adsorbtion is the cabability of a solid to attract gases and solutions. This is relevant it that biochar is able to remove organic and inorganic pollutants from the soil. Other properties include: 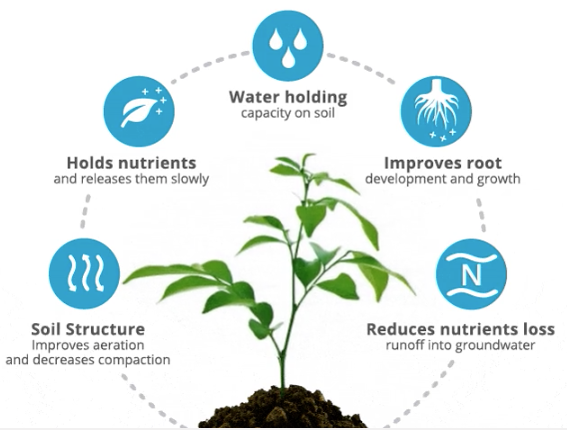 BENEFITS OF BIOCHAR IN TREE CARE

We aren’t the only ones that see the value of Biochar in tree care. Below are some snippets taken from the ASCA (American Society of Consulting Arborists) member forum from other credible experts in our industry.

“I have participated in some of Bartlett’s Biochar research and have seen visual improvements in trees both in a research setting and/or client setting. I have also used it in my gardening for years and see increased crop yields, pest resistance, and growth. In my opinion, the modern-day research is there to say Biochar is not a ‘snakeoil’ and history shows it has been common practice for millennia.

Here are a few tree-specific Biochar papers and a google search can provide a ton of biochar research in agriculture.”

“There are many sources of literature on Biochar.  I saw enough to convince me of the benefit, or I wouldn’t recommend or specify it.  My objective is to worry less about compaction where even with our best efforts we typically fail to improve it to any measurable degree around large old trees. I prefer to focus on building an O horizon where one finds the majority of fine absorptive roots in nature.  This provides the tree with an ideal rooting medium at the surface.

My anecdotal observations confirm fine roots invade this very quickly.  Within months of application, root invasion is visually noticeable with a little scratching through the mulch.  Actually quite impressive.  Further, the leachates from the mulch and organics contain natural soil flocculants that help rebuild the soil structure using natural processes.  Too many people want instant pudding when nature can do the work for us if we give her time.  Too many arborists are willing to sell instant pudding, but it just ain’t the same as the stuff my momma used to make.”

“Biochar among other things creates vast surface areas in the soil matrix where soil organisms can attach and thrive.

As has been said here, it’s all about working towards real soil organic inputs and creating an environment in which the soil biology can thrive and in which eventually some soil horizons can develop.

Many ways to get there and biochar has a lot of potentials to be an excellent addition to what we already know and do. Used correctly and wisely it may well help. If you just add biochar and no other biology, it may not help much at all.

The science is pointing that way…”

“We had a presentation from the head of the LSU Biochar lab at the last conference.  There is a ton of research on it.

Why are soils so productive after a forest fire?  Why is manure good for plants? Biochar increases water holding capacity, locks up toxins (poison victims get a charcoal-like material administered to them), relieves compaction, helps improve the soil biome.

I would also say that just like after a forest fire, it will take years to notice an effect on the landscape with increased soil composition and improved structure.  I tell my clients whatever produces drastic results in the short term is usually not good in the long term.   The most productive soils are built and keep building over time.  I’ve seen research that adding biochar will help the soil build as much as 1 cm per year.  It’s why I spread my ash from my wood stove around my property and the native grasses respond positively and why farmers have incorporated ash and biochar into their agricultural soils for millennia.”

Want to learn how BIOCHAR can improve your tree health?